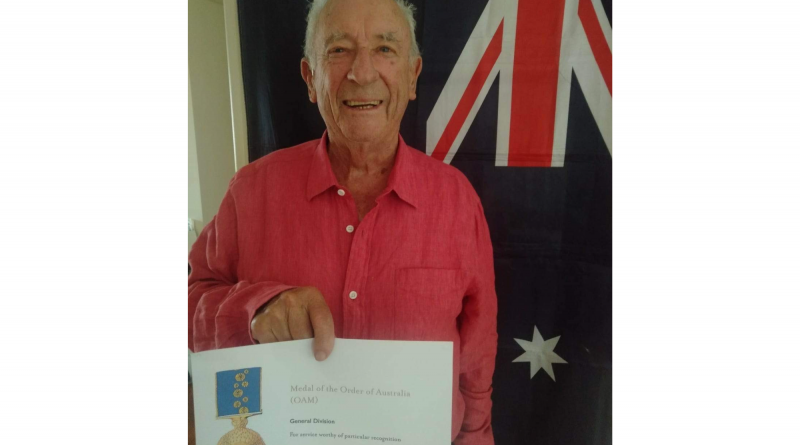 On Thursday 26 January 2023, Ron Stobaus was awarded an Order of Australia for a lifetime dedicated to Australian athletics.

The Order of Australia award acknowledges Ron’s unique career in athletics, from his coaching longevity to his role in introducing innumerable young athletes in Melbourne’s northwest to the athletic disciplines of running, walking, jumping and throwing.

Ron’s coaching role with Keilor St Bernard’s is unmatched in Australian athletics history. Not only did Ron inaugurate the club in 1964 as St Bernard’s Old Collegians Amateur Athletics Club, but in an extraordinary unbroken stretch, he has also remained head coach from that time until today.

Since the mid-1960s, Ron has jump-started the sporting careers of countless athletes while providing invaluable coaching for runners of all ages. By that standard alone, his contribution to the health and well-being of the community is immeasurable. Ron also pioneered club diversity in the mid-1980s via its merger with Keilor Heights Women’s Athletics Club.

Astonishingly, Ron has coached athletes across a period that has included every Olympic Games from Tokyo ’64 to – incredibly – Tokyo once again in 2020/1, a Mobius strip of time that metaphorically encapsulates the incredible career of Ron Stobaus.

Ron has our sincere congratulations and our boundless admiration.

We heartily congratulate Ron on his well-deserved and nationally-recognised award.

Ron Stobaus’ Order of Australia marks a lifetime of contribution to Australian sport.

On Thursday 26 January 2023, Ron Stobaus was awarded an Order of Australia for a lifetime dedicated to Australian athletics.