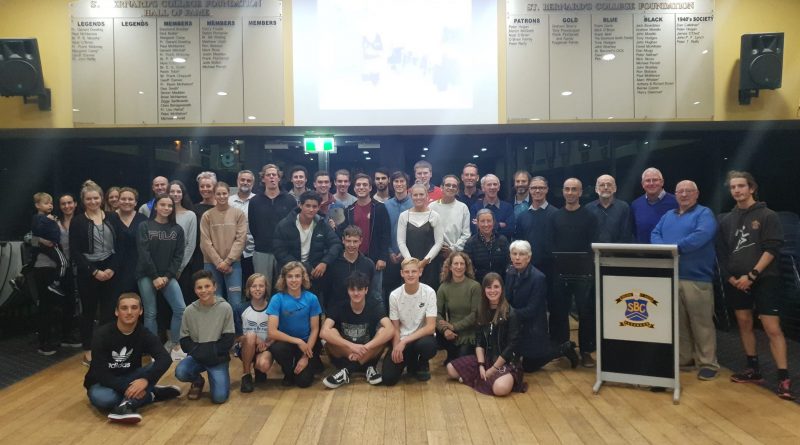 Spivey won bronze in the Games in Edinburgh in 1986 and presented the Russell Alphey awards for the best athlete in each age group.

Female club champion was awarded to sprinter Rebecca Bain while middle distance athlete Dylan Edogawatte picked up the mens’ award.  It was the first time both Club champion awards have gone to under-age KSB athletes. Rebecca competes at under 16 level while Dylan is still under 14. Both were awarded for outstanding achievements at interclub, State and National level.

Spivey, who was visiting from Surrey, England where he now lives, was pleased to return to the club where he still holds several field records. “A lot of things have changed around here,” he said, “but it was amazing to see Club stalwart Ron Stobaus still coaching after all these years.”