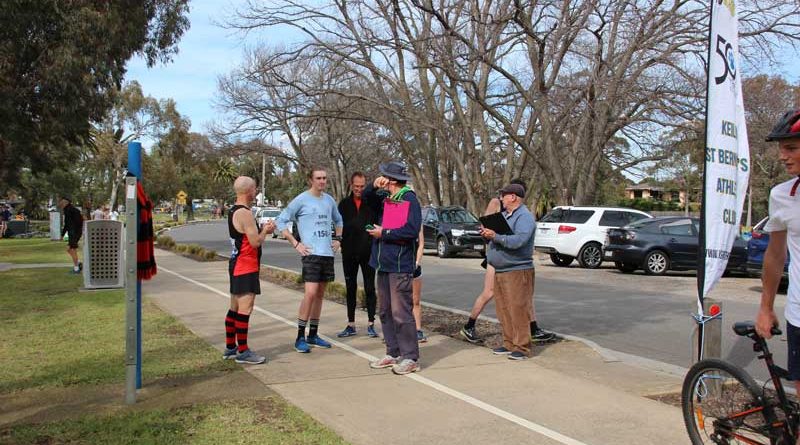 In cool but sunny conditions on Saturday, arch rivals Keilor St Bernard’s and Essendon faced off in the annual Burke Stobaus Challenge at Maribyrnong River.

Heavily undermanned, Essendon pulled an unexpected move in changing the course, with Duncan Knox penning a mystifying map indicating a new course to branch off at Afton Street instead of circling the two-bridge route.

Despite the course hijack, Shea Wellington charged off at the gun, handing over to Kye Gillingham, with Patrick Matthews third runner pulling a 12.24 lap for best of the day before Alex Sykes eased home to smash Essendon, 52.34 to 64.04. Job done.

Meanwhile, Ian Upton and Lou Stepanoski manned the barbecue magnificently with a range of sausages, sauces and breads; while drinks were Essendon’s responsibility, but failed to materialise like most of their runners. 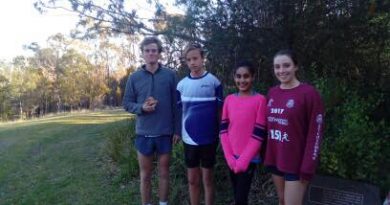 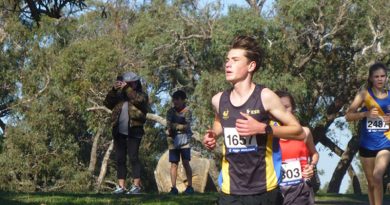